Wallace School of Transport is a family run business, established in 1963 in Nottingham by the late Russell Wallace (on the 2nd row, 3rd from the left), who served in the Armed Forces Motor Corps.

Building on this wealth of knowledge and experience of driver training, he laid the foundations of the school, and in 1969 was one of the first to attend the then newly formed Road Transport Industry Training Board to become an approved instructor and school.

The HGV driving test was launched in 1969. We were one of the first schools in the country to offer lorry driver training.

The growth of the school meant that Russell needed help with bookings and administration and in 1970 he asked Dorothy, his wife, to join him. Together they ran the school until the early 80's.

Ruth and Neil had taken over the running of the school by this time.

By 1985 we had moved into an office opposite Wembley Stadium

And started to offer lorry training in more than one location

By September 2008 we expanded

All our main office administration is now undertaken at our Park Royal suite of offices.

Passenger Carrying Vehicles is available at our Wembley, Enfield, Isleworth and Croydon.

We are proud to confirm that we have been awarded approval to deliver DVSA driving tests at our Acton Training Centre.

We are also approved to deliver Driver CPC Module 4, the practical demonstration tests from our Head Office Training Centre at Park Royal, London.

Since April 2014 as it is possible to obtain manual LGV or PCV entitlement by passing a test using an automatic gear box vehicle. 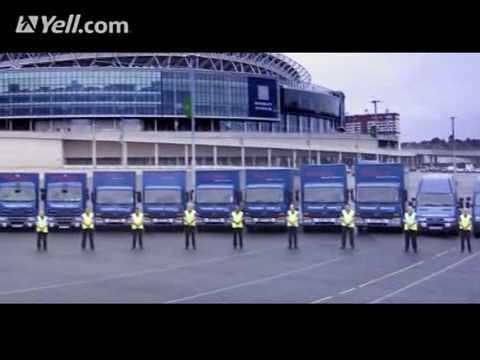 I passed my bus licence first time as a result of the excellent training from Jon and Krishna who patiently built my confidence and skill in a very enjoyable way. Thanks

Could I take this opportunity to thank you all at Wallace for the assistance in passing my LGV Class C driving test. Special thanks to my trainer at Slough who made me feel at ease and certainly trained me to a high standard. This development will now take my new business to the next level. Many thanks. Wayne Booth Director, UpSafe Scaffolding Ltd

After a bit of research, I ended up choosing Wallace and I'm glad I did. My first phone call was very informative and I had only to choose when to start the training. Got all the books from them, studied everything and passed my theory test first time. Went to do some practical training with Gerry the instructor and got my skills polished to a very high standard. Anticipate, not react. The best advice I could ever get. Passed my practical first time and also the following CPC theory and practical tests. If someone asks me where to go for a truck licence, my answer is 1000 times Wallace School of Transport. They care for you as if you were family. That counts more than anything.

I passed the practical test first time and this is undoubtedly due to the professional and supportive manner in which I was instructed. Without this, I have no doubt that my progress wouldn't have been so quick or productive. Please once again pass my sincere thanks onto both the administrative staff and Michael himself.

We have been very pleased with the help and assistance and standard of training we have received from your team. I will be in touch shortly to make arrangements for our new trainees.